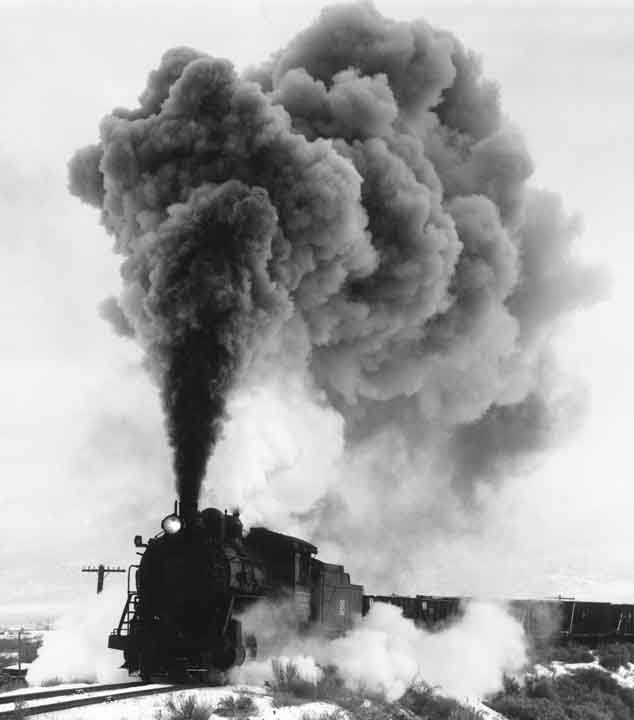 Is that anything like the Grateful Dead's Box or Rain? or maybe those cans of San Francisco fog? No. Am I blowing smoke here? No, but our subject sure does, lots of it. Actually we need to transpose the words here to Smoke Box or more correctly Smokebox. And, as anyone familiar with railroads can tell you, this is an important part of any steam locomotive. The smokebox does not really contain smoke so much as act as part of the means for getting it to pass through the boiler of the locomotive and out to where it can make those grand displays of steam locomotion. 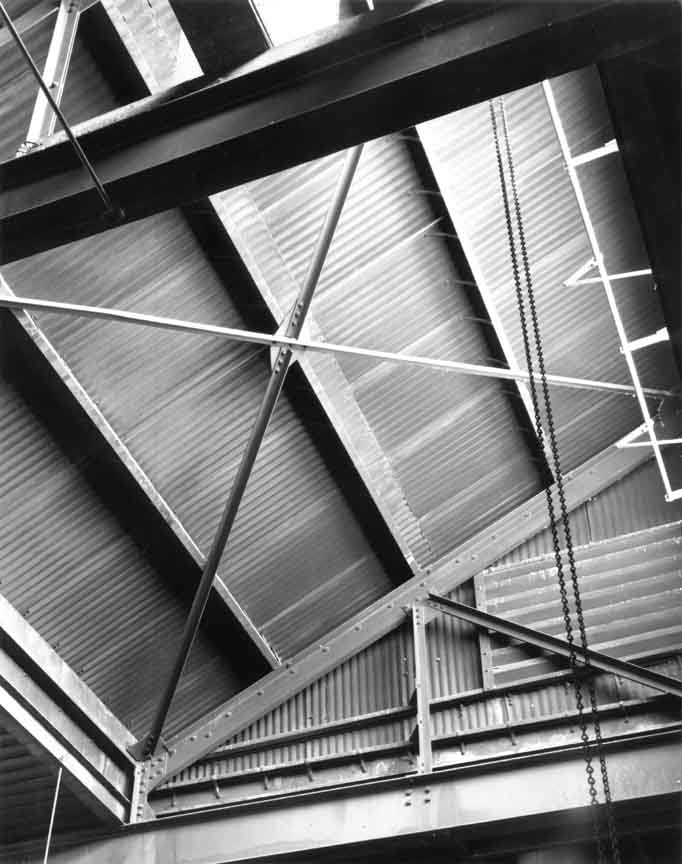 Over the course of last year and on into February of this, Nevada Northern #40 had been going through a boiler rebuild process. In my many trips to Ely during that period, I have had a chance to explore the intricacies of its open smokebox with my camera and develop a chronicle of the progress of the work.

As many of you know, I have been working on a book about the Nevada Northern and the images done of the smokebox have been worked into a special section of the book. In this section we get to see all of the smokebox's inner workings and it is quite interesting. To show you what I have, I have worked this section of the book into a web article. Rather than put that here in the newsletter, I have made it an article on my website, but you can see it by just clicking here. Smokebox

Number 40 is now back in service and you can see her in operation this summer in Ely, Nevada. For more information click on the Nevada Northern Railroad Museum website try NNRy 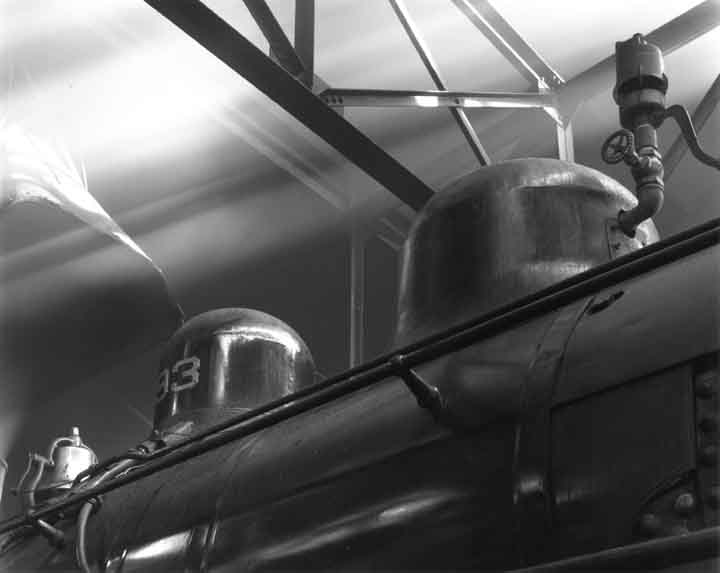 The smokebox images are the first group that I am currently working on. In my various trips I had hoped to do more photos around the shops and offices, but it always seemed that there was something else in the way, work on the box cars, a broken ankle, the photo workshop and finally helping out with #40. I didn't think that I had done that much, but when I proofed everything, I had quite a lot and I'm now printing my way through it. There are a few of these new images that I think are as good as anything that I have done before. I've attached a few of them here. There are more from the air brake shop, the carpentry shop, the boiler room, etc., still to do. After I get those done, there will be a number of new action photos from the photo shoot weekends. I'll post more as time goes on. 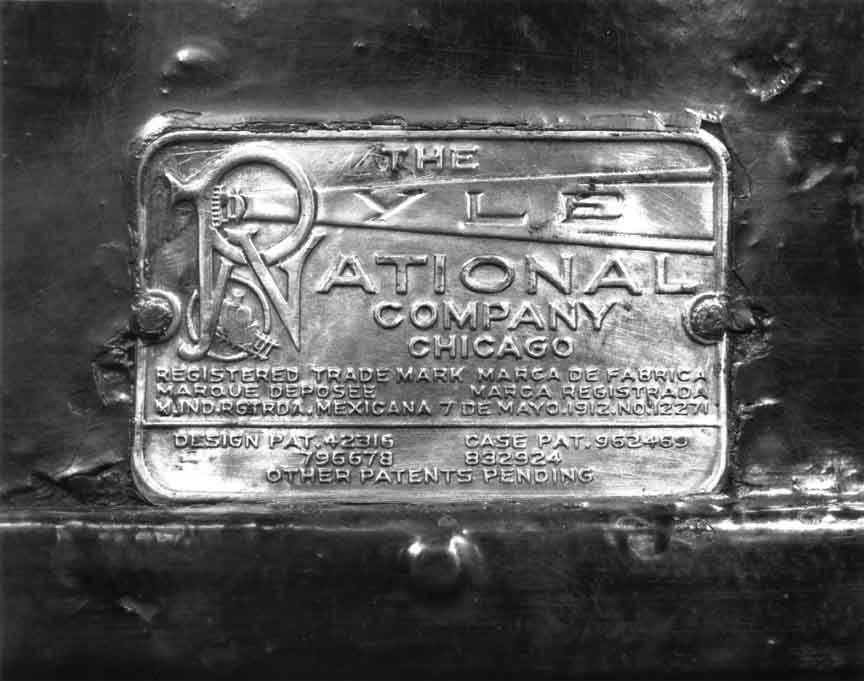 There is a bit of a story to the one titled Pyle National. We had installed #40's smokebox front and the headlight bracket, and I wanted to install the headlight. I was told, not yet, it still needed some work and, with other work still being done, it could wait as something might happen to it on the locomotive. Well, alright. But I went looking for it and found it on a workbench at the back of the shop with its lens and reflector removed. It could indeed use some help, there was a badly rusted section on the inside bottom, but it was still serviceable. I got a spray can of brake cleaner and proceeded to wipe the accumulated dust and grime off it. Then, on the top front edge of the headlight case, I noticed a bit of a brass plate poking through some chips in the paint. I became curious and began to chip away the old lamp black and shellac paint, picking bits out from between the raised lettering. Next I applied a wire tooth brush to the plate and now it started to shine. Then I started to show it to people. Mark Bassett, the museum director, got excited about it and said that I needed to get out my camera. This I did. I set the headlight case face down on the workbench and pointed my view camera with macro lens at it. Next was to add some light so I clipped my halogen trouble light to a nearby machine and set it at such an angle that the light raked across the plate bringing the lettering out in relief. The result is shown here. 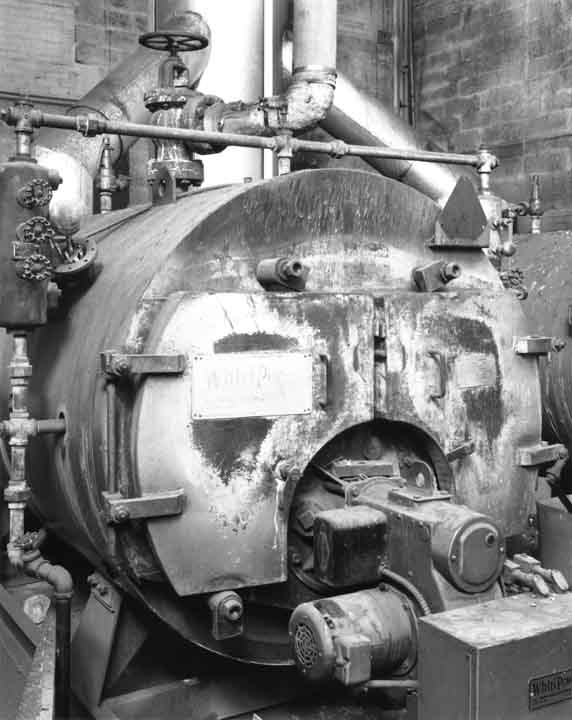 On another subject, I get a daily report of my web traffic. How many visits, which pages are seen, search key words, links from other sites, search engines, errors, spiders and robots on the site, etc. (One thing I don't get is who has looked.) So I'm always looking to see how much traffic I get and what the most popular pages are. I thought that I might pass on a summary of all that here.

Back when I first started the site, the traffic that I got was from adds that I had placed, announcements on other boards, this newsletter. Traffic would spike after each of these went out. But it wasn't long before Google and some of the other search engines found my site and people began logging in that way, in fact there was a steady traffic growth and I was getting around 450 unique visitors a month. Then last November/December traffic fell off. For three days it was zero. Partly this was because a link on the Nevada Northern site for my workshop had ended but also it was because my website's server was down when Google did its monthly spider's crawl of my site and I dropped out of sight. Then my service got its act together, Google found me again and for Nov and Dec I did manage around 350 unique visitors each. 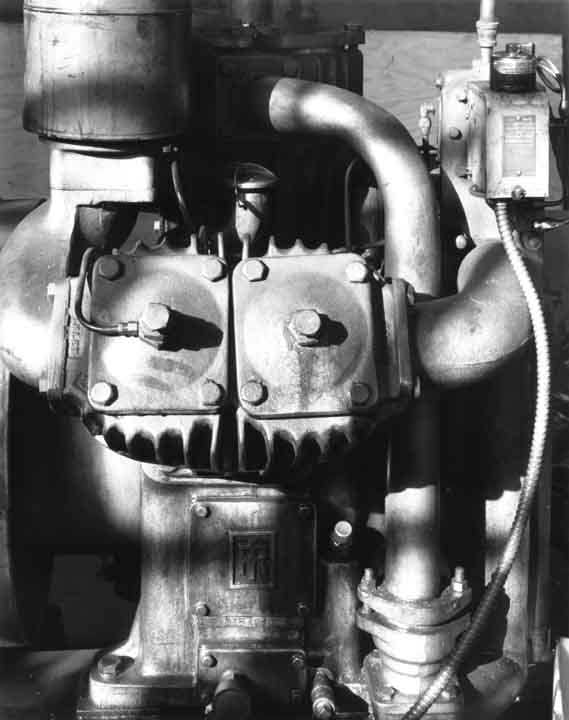 Then in January, without my doing anything, traffic started to grow. At the end of the month I had had 623 unique visitors, a record, and traffic was still going up. February ended with 1055, the first time that I had had four digit traffic. This month it seems that I will top that. Now what led to this increase. Google had been the number one source of search engine links, but then I noticed that it has slipped to #4, but the new number one was Google Images, a new Google service. As someone whose site is about images, it is just the thing. It has just taken off and greatly increased my web traffic.

Now what are people looking at? Since the beginning of the year, most of my traffic has been search engine related so it should represent something of a random sample. In February, and the trends are continuing this month, of my different galleries, the Vintage Car Gallery has been by far the most popular with 315 visits. The Route 66 Gallery is in second place with 115. Third is the Playboy Party Gallery with 98. (You can access this through the Newsletter Archive.) Nevada Northern is next with 72, the Jamestown Machine Shop 44, grain elevators 42, Ely 1970 35, A 2002 Head 32 and Vintage Aircraft 25. The most popular image has been Hudson Hornet with 36, 59 Cadillac #1 28. Corrugated Silos #3 is the first not automotive image at 27. Radial Engine from the Route 66 Gallery gets 25. A total of 4,675 page views were made.

For links from search engines Google Images had 837 links, Yahoo 176, Google 48, MSN 28. Others were in single digits. I get links from an external page that works as a search engine that's called dogpile.com.

Well dogpile.com seems a good place to break this off till next time.